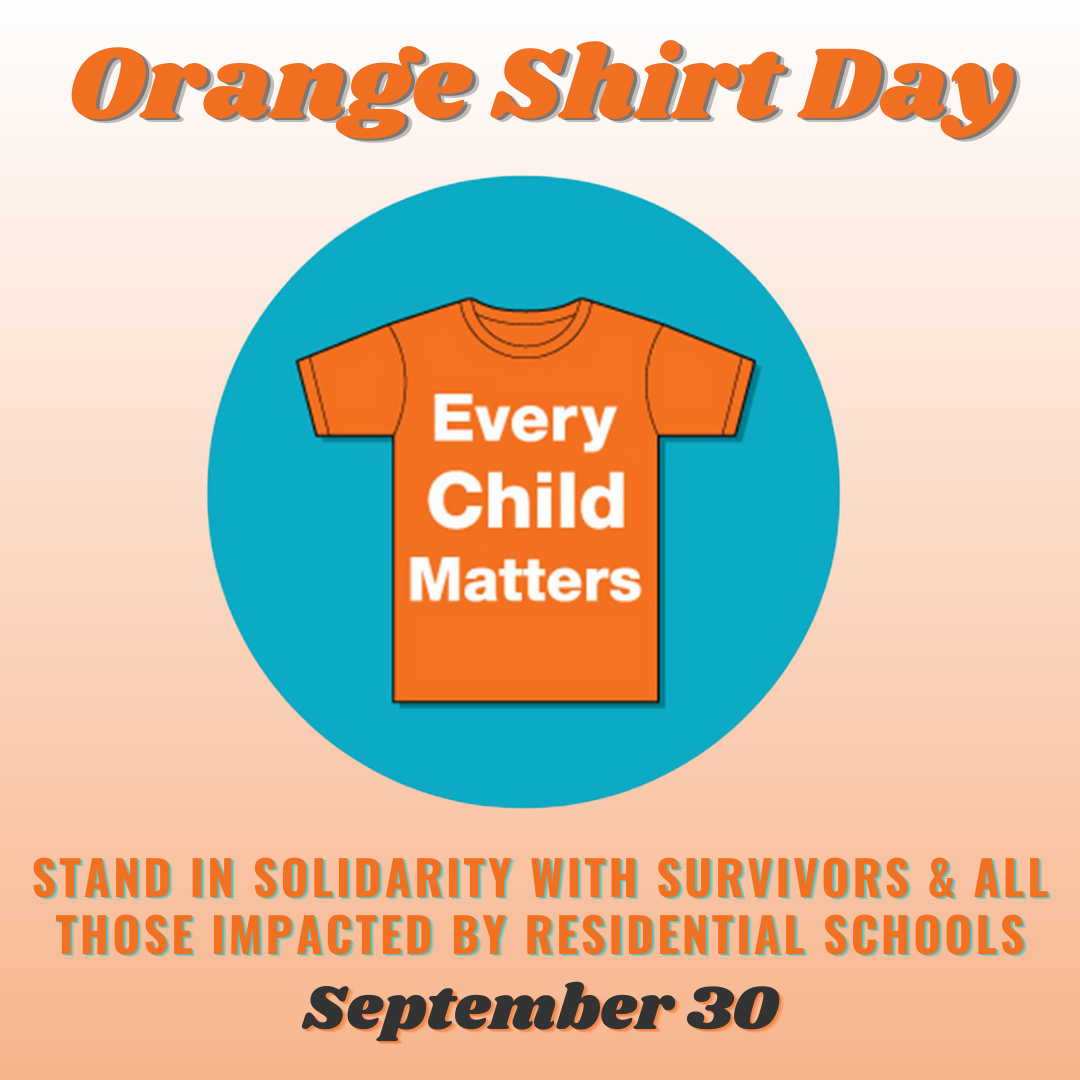 Orange Shirt Day is an awareness day to honour the experiences of thousands of Indigenous Residential School Survivors. It is also a time to acknowledge the deaths of the Indigenous Children who did not make it home.

Phyllis Webstad is a Residential School survivor, and the name Orange Shirt Day was inspired by her personal story. When she was 6 years old, on her first day of Residential School at St Joseph’s Mission, her brand new orange shirt given to her by her Grandmother was stripped from her.
Sept 30 date was chosen, because this was the time of year that Indigenous children were forcibly removed from their homes and required by the government to attend residential schools.