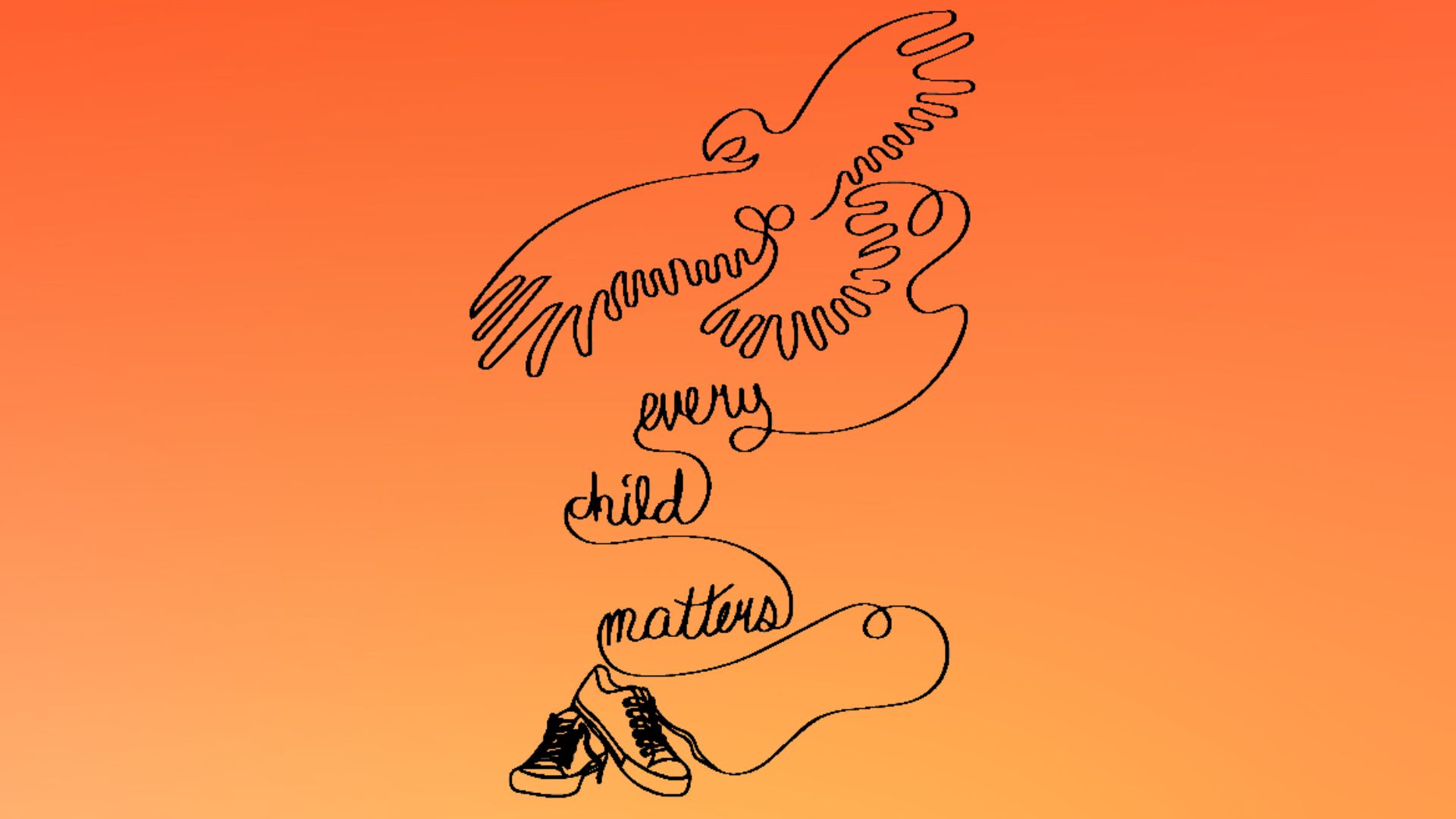 In 2015, the Truth and Reconciliation Commission released 94 Calls to Action. Having a statutory holiday to recognize and reflect on the impacts of residential schools and reconciliation was one of those calls to action.

In 2021, the Government of Canada announced September 30 as The National Day for Truth and Reconciliation.

Orange Shirt Day has been held on September 30 since 2013. It is an Indigenous-led, grassroots commemorative day intended to raise awareness about the horrific legacy and impacts of Indian Residential Schools. It is a time to honour the experiences of thousands of Indigenous residential school survivors, and also a time to acknowledge the deaths of Indigenous children who did not make it home.

Over 150,000 First Nations, Metis and Inuit children were forced to attend residential schools between the years of 1831-1996. (that was only 26 years ago, this is living memory)

September 30 was chosen, because this was the time of year that Indigenous children were forcibly removed from their homes and required by the government to attend residential schools.

Here is a list of actions you can take to learn and educate yourself about Orange Shirt Day and National Day for Truth & Reconciliation:

The Douglas Students’ Union will be closed on September 30th. We are taking this day to learn, educate ourselves and take action to move towards Reconciliation.

We at the Douglas Students’ Union respectfully acknowledge that our campuses are located on the traditional and unceded territories of the Coast Salish Peoples of the q̓íc̓əy̓ (Katzie), qʼʷa:n̓ƛʼən̓ (Kwantlen), kʷikʷəƛ̓əm (Kwikwetlem), xʷməθkʷəy̓əm (Musqueam), and qiqéyt (Qayqayt) First Nations. This acknowledgment is to show solidarity to Indigenous Peoples who continue to face systemic racism and abuse in Canada. Indigenous Peoples are the traditional guardians of this unceded land, and acknowledging this is a crucial step towards reconciliation.

The image used above was designed by Geraldine Catalbas, a grade 11 student from Ponoka, Alberta. The design was submitted to the Orange Shirt Society and chosen as the official design for the Orange Shirt Day t-shirts for 2022.Catalbas described her design: “It’s in remembrance of the children who lost their lives in residential schools, and also celebrates the triumph of survivors as they overcome their past.
The design depicts shoes that represent the children who died in residential schools. The shoelaces coming off into an eagle represents their freedom up in the heavens and their fight through difficult times”.